A man who is dominating the world with his unique brand story,

Oh Chang Rok started his own small-scale business for cosmetics ever since college and this helped him to grow as a successful leader of Caolion. His job mostly had to do with online marketing at the time, and he was able to form contacts with Sephora, a widely known cosmetics company. Now as the successful CEO of Caolion, he turned the brand global.

I’m curious to why you chose to be in the cosmetic industry.

During college I participated in a school venture club and we received sponsorship to launch men’s cosmetics. At the time, the investor was an entertainment company whose male celebrities were having a hard time using women’s makeup. They felt uncomfortable saying that they used women’s makeup products. So that’s when we got the idea to launch our product made for men. Caolion made everything happen and this is the result of who I am today.

I bet it was hard to approach the cosmetics industry as a male individual.

Of course, after launching my product, I spent a lot of time studying the market trends. It was very difficult to understand how women felt about each and every makeup product they were using. So in order to figure this out, I had to spend a lot of time talking to Caolion consumers.

I was surprised by the long history that Caolion had.

As a cosmetic brand, Caolion went through a lot of changes. Everyone is surprised that it was established in the 1990s. When I first entered Caolion in 2005, there was a sudden change in the global market for cosmetics, and brands such as Missha were just launching with Amorepacific and LG replacing some of the existing brands to become a flagship store in South Korea. Then our distribution channel at Caolion was threatened where we had to turn our focus to international markets. That’s when we first began to import to Sephora-China, which became highly successful.

At the time, was it the pore packs that were released?

In order to advertise our product as a brand story, it required a lot of money. So instead of focusing on the brand name, we decided to introduce the most mild and less irritating product, and that led to the development of pore packs. These unique concepts of ‘hot and cool’ text written on the existing mud packs were highly successful. Pore packs that were normally used during the summer, time were now being used during the winters to warm the skin and remove some of the bodily waste. Then through the word-of-mouth, other Caolion products became popular.

Your facial packs and cleansers are also popular in other countries now.

Yes. A beauty vlogger named Michelle Phan uploaded a video using Caolion pore pack, and we received a lot of great responses. It wasn’t intentional, but we were happy by the great outcome it had. The unique ‘hot and cool’ concept made all this possible, breaking through the heavy competition between other beauty brands. This video started the new trend for pore packs in America’s market for cosmetics.

Is that part of the reason why you were able to launch in Sephora-US?

There were a lot of influences from Michelle Phan, but Sephora was very keen about finding the right Korean beauty brand for 2015. There was a lot of competition at that time because many Korean brands were also looking into making contact with Sephora. But luckily, Sephora chose Caolion because we had a unique brand story that stood out from everyone. It may be the result of all the hard work and effort to creating the most fresh and effective item.

Would we be able to meet Caolion more often in the states?

Currently, you can visit the flagship stores in Sephora based in America and Canada, as well as the previous department stores in JCPenney and Macy’s. In the second half of this year, we plan to expand Korea’s market for the first time in Sephora, because consumers of America and Canada are greatly interested in Korean skincare and many more. Therefore, we are looking to create a wider range of skincare that is less irritating and healthy on the skin.

What are some of the plans for Caolion in the future?

We want to make our brand global. Caolion seeks for mild, soft cosmetic products, and we know that it can’t be done by just adding rich ingredients. Sephora’s representative once said ‘Caolion is a brand that reduces the time for putting on makeup’. This is what I want everyone else out there to believe about Caolion, and we are going to do our best to develop the most powerful skincare products.

This article is translated by K-Beauty Now and originally published from Marie Claire Korea: 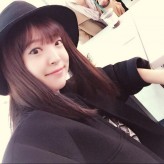 Jihee Park is the Lead Beauty Editor of K-Beauty Now. Based in the heart of Seoul, her professional expertise and approach in academic, social media, and lifestyle coverage provide compelling articles the community can trust. Translated from Korean to English, bringing you the latest k-beauty news straight from South Korea.

Choi Yeo Jin wants YOU to Exercise for Healthy Skin!

Looking for the Brightest and Boldest Look for this Summer?

4 Cushion Compacts that Koreans use when they are Super Busy