I’m sure we’ve all asked ourselves that question more than once in our life, and have been a victim to the paranoia of smelling bad amongst our family, friends, and colleagues. Nonetheless, where does the smell come from? Contrary to popular belief, someone’s body odor does NOT come from sweat necessarily:

Natural bacteria on our skin feed on our sweat and release the smell we call body odor. The warm, damp conditions of underarms make them an ideal environment for bacteria to thrive and for the sweat from our apocrine glands – which are more prone to releasing odor – to get trapped. This can also result in sweat patches on our clothes.

I wasn’t too surprised when I found this out. However, whenever I worked out I would sweat a lot, but I never gave off a pungent odor. My little brother on the other hand is very smelly when he sweats from sports. This is actually very common since men sweat more from their apocrine glands than women.

How can I make myself less smelly?

There are typically three ways to combat body odor:

Deodorants are a liquid spray or solid roll-on that is used to eliminate body odors. It’s super effective in covering up the bad smell of perspiration coming out of armpits. In deodorants, fragrant oils are 6-15% by volume in 80% solution of alcohol. When sprayed on the body, deodorants can work as antiperspirants, but since they have a small amount of fragrant oils, they do not last long if sprayed directly on clothing. Antiperspirants are just a type of deodorant that work to prevent sweating. Antiperspirants are sprayed under armpits while other deodorants can be applied to other body parts.

Perfume is a fragrant liquid that is applied to clothes and some body parts by spraying or rubbing it on the desired location. Perfumes are used to mask one’s natural body odor, or to evoke a certain mood. They are made from fragrant oils from various herbs, flowers, and spices. Unlike deodorant/antiperspirants, perfumes contain a high percentage (15-25% in an 80% alcoholic solution) of these oils. This is why perfumes last for a very long time since they have high concentrations of these oils.

In both deodorants and perfume, some might include the ingredient “fragrance.”

“Fragrance is defined by the FDA as a combination of chemicals that gives each perfume or cologne (including those used in other products) its distinct scent…some [chemicals] have evidence linking them to health effects including cancer, reproductive toxicity, allergies and sensitivities.”

How do Koreans combat B.O. and why is deodorant so expensive?

First of all, most Koreans don’t sweat like me or the other Western foreigners here in South Korea. Typically East Asians (Chinese, Koreans, and Japanese) have fewer apocrine sweat glands compared to other ethnicities. With the lack of these glands, it makes East Asians less prone to body odor. This is why deodorant is costly here since many people don’t have the need to cover up their B.O. However, perfumes and body sprays can be easily found here in South Korea, and they’re relatively cheap depending on what brand you want. Of course your designer perfumes will cost an arm and a leg, but you can find nice inexpensive scents from Korean cosmetic brands.

*Pertains to living in South Korea

Where Can I Find Deodorant in South Korea?

Typically I can find various forms of deodorant in places like Watsons or Olive Young, but they’re typically in spray form. Expats usually order deodorant online from Gmarket, iherb, or other online companies. I however have my mom send me deodorant every few months in a care package, which is also a typical way of getting the deodorant you want brought to Korea. 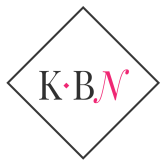 The Truth About Sugar in your Food Diet

Aegyo-sal aka Cute Under Eye Bags, a K-Beauty Trend

Perfume Choices for Coming-of-Age Day in Korea aka “I’m a grown-up!”